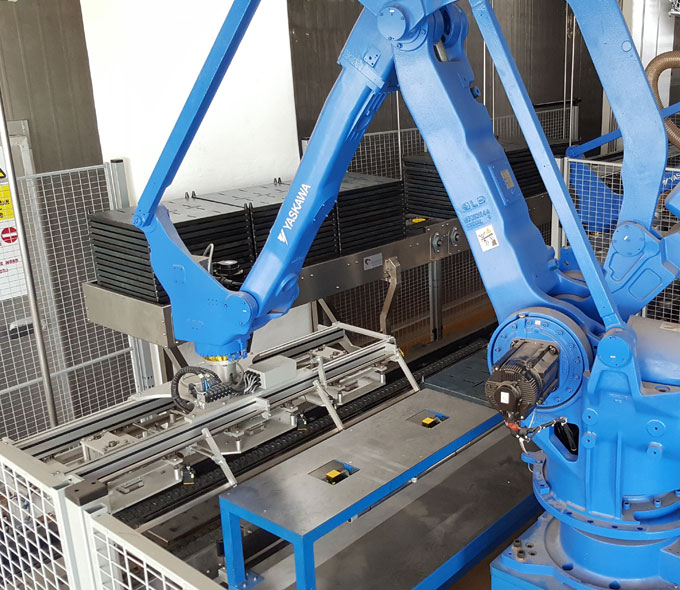 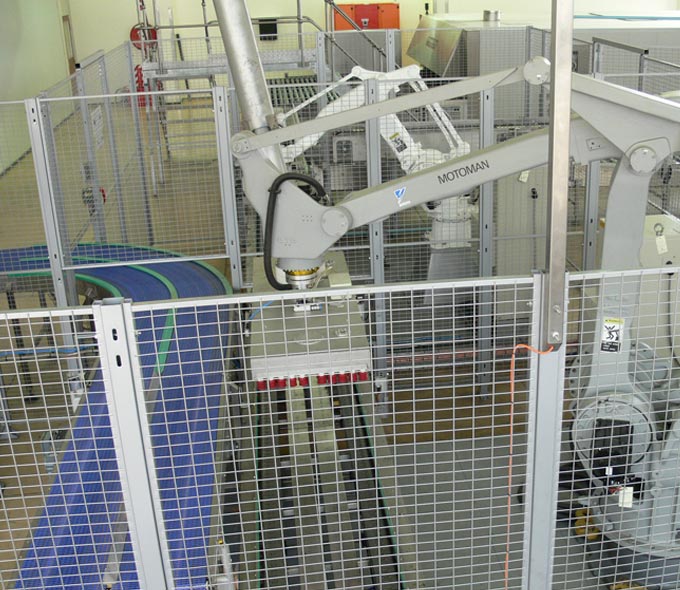 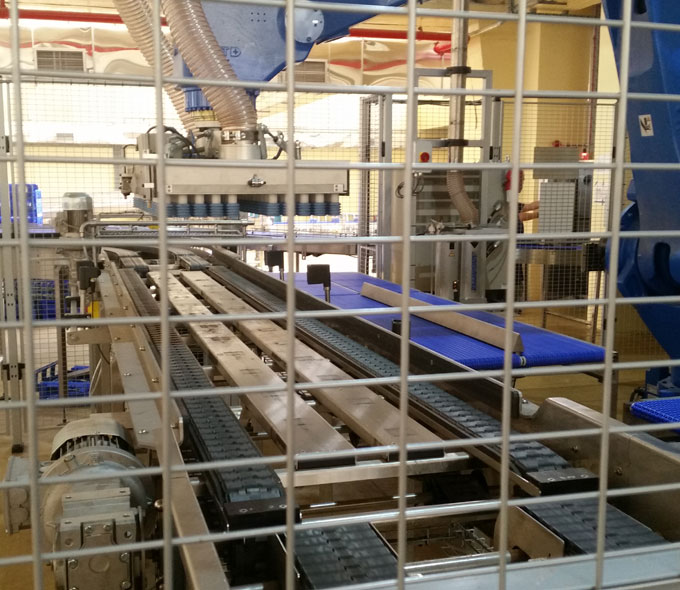 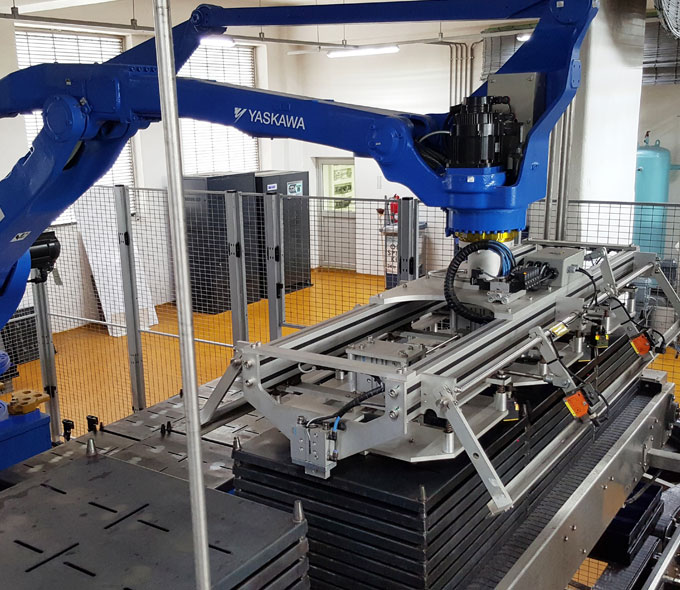 Dale Automation can provide various solutions for the abovementioned equipment from conventional standalone magnetic re-lidding equipment or combination magnetic de-lidding and vacuum depanner’s to the much more flexible robotic systems.

On conventional standalone equipment the bread pans with lids on pass under a magnetic overhead conveyor which pulls the lid off the pan and then places each lid onto a take away conveyor that circulates them. Our combination machine the de-lidder does the above process but has an inverter controlled suction depanner built into the same framework. After the lids have been removed, the pans travel forward and the bread is sucked out of the pan and then placed on a separate conveyor to take it away for cooling. Re-lidding is carried out in a similar process to de-lidding but the lids are held by a stopper until the pan is in place. Lids are released via a stopper and proximity switch and the lid is driven into place by the conveyor until it drops onto the pan underneath.

More commonly used is our robotic de-lidder, de-panner or re-lidder. Each piece of equipment make the automation of plants extremely flexible due to the flexibility of the robots axis. Specially designed heads are manufactured that fit onto the robots arm. For de-lidding the head has electro magnets fitted to it that are programmed to move to the lid position via a photocell, go down and touch the lid and activate the electro magnet to simply lift lids off the pans. All this is done without stopping the pan conveyor. The lids are lifted off the pan, placed on a conveyor or stacked on top of each other to form a stack.

For de-panning a special head is designed that can lift various configurations of bread out of pans at anyone given time. The head is fitted with a suction box with suction cups configured to the bread pattern. A spare plate holding suction cups can be stored in a park rack with quick change capability. Should cups get damage through operation, they can simply be exchanged for the new suction cup heads in a matter of seconds. The damage cups can be replaced whilst the robot is doing its job again. The robot is controlled whereby it can position itself over the pan and travel at the same speed as the pan is travelling and at the same time move down to touch the bread. Suction is applied and the bread is gently lifted out of the pan whilst at the same time travelling forwards. The robot operation considerably reduces damages over conventional de-panning methods/equipment. The depannar head can be turned at 90 degrees to load onto a spiral cooler infeed or simply rotated the other way and placed onto an accumulation conveyor should a process problem occur.

Suction is generated by a fan designed for the correct suction which is placed next to the robot and is controlled via an inverter to alter the suction speeds.

Robot Re-lidding has a head the same as the de-lidding robot and works in just the same way but is programmed to pick lids up and place them onto the pan whilst the pans are moving on the conveyor below, eliminating pan stoppers which can disturb the dough piece causing it to collapse.

All robots are placed in secure interlocked fences to protect people around them.